How have our stories about water changed? What do these changes tell us about what we know or think we know about water? These are the questions the author Sarah Dry poses in her book, Waters of the World, The Story of the Scientists Who Unraveled the Mysteries of Our Oceans, Atmosphere, and Ice Sheets and Made the Planet Whole. Published in 2019, these questions are very timely: society is now at a crossroads considering the anthropogenic impacts of climate change and how to be ready for an uncertain future of droughts, floods, and coastal regions facing increasing frequency of extreme weather events like hurricanes.

Waters of the World explores the lives of scientists, their research methodology, and their relationships with others as they explore the unknown and develop new fields of research in water resources. In this book, Dry explores the lives of six scientists who each study different aspects of water – water vapor’s heat trapping capabilities, cloud formations, precipitation patterns, hurricanes, ocean currents, and ice as earth’s climate record-keeper. The book explores a time when scientists were adventurers who often wrote about their expeditions and their discoveries for the general public. As inquiries progressed, efforts in meteorology and other climate sciences became both a competition among contrasting ideas and theories as well as a community of researchers who crowd-source data, water samples, and even air from around the globe to find answers.

The book not only features the discourse over science and the development of scientific instruments that measured the skies above and the movement of water in the oceans, but also the personal lives and struggles of scientists that make them a complete person outside of their work in science. The author explores the insecurities felt by Henry Stommel who established dynamical oceanography as a new science before his 28th birthday and without possession of a PhD. Dry illustrates the challenges faced by Joanne Simpson, a woman pursuing higher education who often got belittled for her area of study. Dry quotes Simpson who stated, “To understand how a woman, or a man for that matter, creates original work in any field, it is necessary to penetrate the emotional masks, and my masks have intentionally been hard to penetrate.”

One of the most important aspects of the book is the role larger systems of society and governments played in pushing the boundaries of water science in particular directions. The author explores the study of weather forecasting (which is better noted to be foreshadowing) in the book. This inquiry was critical to agriculture in India due to the life and death of millions that were dependent on the monsoon season to grow crops during colonization. Passages in the book show that it is not just the weather, but also governing systems, that can enable the fragility of a food system.

Furthermore, ethical considerations play a role in the study of science to not only understand, but to also try and control natural resources. In the 1940s, General Electric (GE) scientists, including Bernard Vonnegut, discovered the ability to manipulate little clouds to produce rain within GE freezer units. This led to US government-funded research into cloud seeding with silver iodide in active hurricanes to see if they could be modified with human influence. This research would create shock waves across society and popular literature because Kurt Vonnegut, a writer and teacher at the University of Iowa Writer’s Workshop, was Bernard’s brother. The research conducted at GE significantly influenced the topics and ethical explorations within several of his award-winning books.

In this book, Sarah Dry makes the argument that science is more than facts and statistics, but is shaped by civilizations, governments, and most importantly, by the scientists themselves. Those interested in history, interdisciplinary research, climate science, and the human dimensions of research should read this book. Content of this book is mostly accessible to a general audience, but a little background in climate science would be helpful to understanding some of the terminology used.

Water Scholars is a Water Resources Research Learning community at the Iowa Water Center. This community offers programming to Iowa water resource researchers and professionals throughout the year that spans a book club, monthly communications, and professional development sessions. To learn more or to join, please visit our website.

Hanna Bates is the Acting Assistant Director for the Iowa Water Center. She holds a BA in Anthropology from the University of Iowa and an MS in Sociology and Sustainable Agriculture from Iowa State University. Follow on Twitter @hannatbates or email hbates@iastate.edu.

We interview Jeff Kopaska, Iowa DNR, regarding the state of aquatic species in Iowa. This is part of our Water Scholars Book Club May pick, The Death and Life of the Great Lakes by Dan Egan. 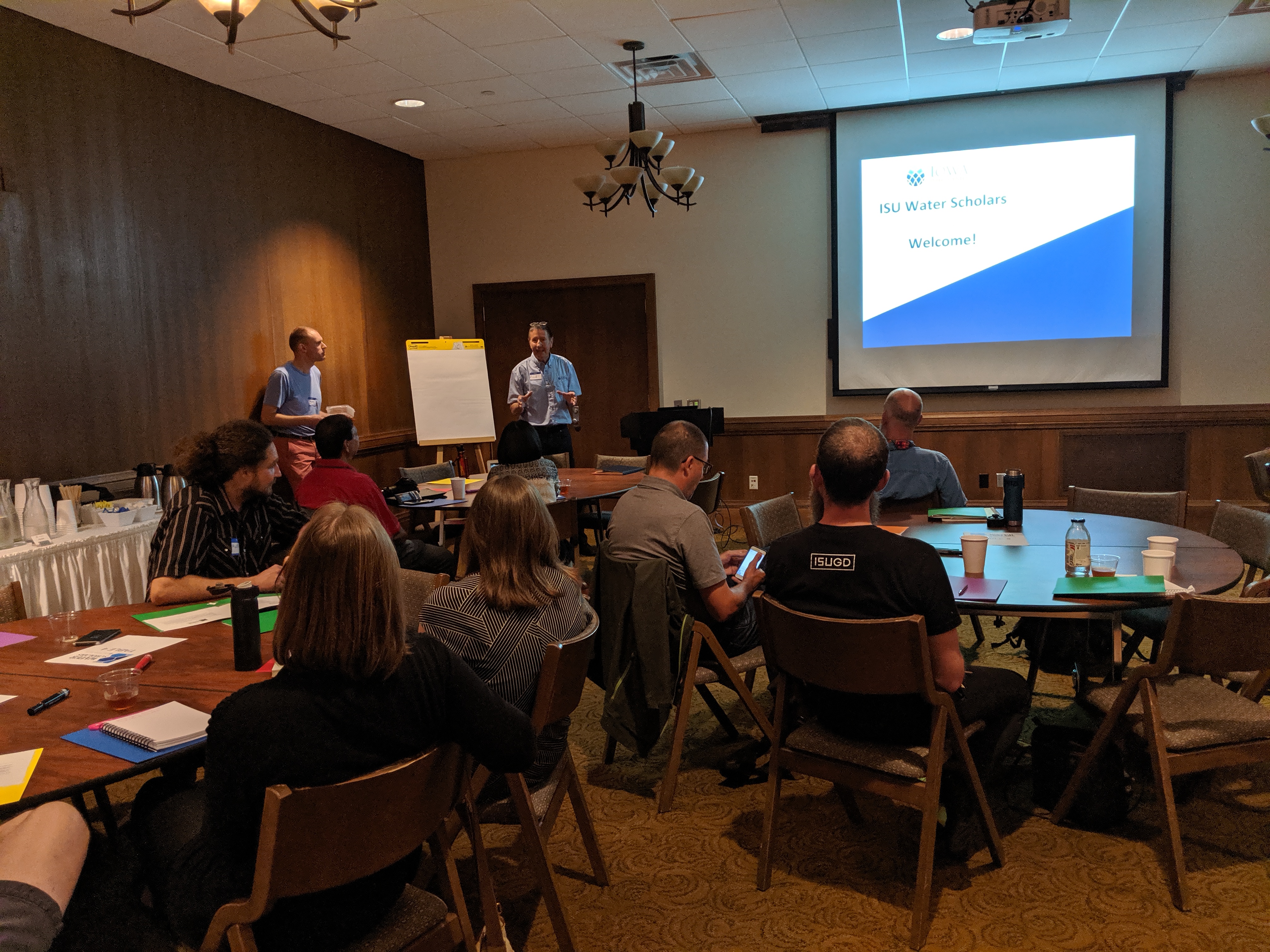 By Hanna Bates, Program Coordinator for the Iowa Water Center

On a Tuesday afternoon in early September, the Gold Room in the Iowa State University Memorial Union was filled with a diverse audience of faculty on campus from departments such as Design, Food Sciences, Natural Resources Ecology and Management, Agronomy, English, and others. As participants trickled into the room, they realized that though many of them had never met before, they have a research topic in common – water resources.

This meeting was to kick off the Iowa Water Center-led water resources research learning community, Water Scholars. This is a year-long program funded by a CEAH-OVPR New Explorations grant to support faculty research on campus. This program originated from a cursory directory search of campus departments conducted by IWC staff. This inventory led to the discovery that there are approximately 200 faculty members at Iowa State University whose research touches water in some way or another, but are working in different spaces both physically and topically. The goal of Water Scholars is to break down barriers between the arts and sciences to get researchers thinking outside the box and work together to create resilient research that addresses Iowa’s complex water resource concerns.

Water Scholars will meet on a monthly basis from September to April during the academic year. Sessions will explore professional development topics, such as science communication and grant tools, through engaging presentations. Supplanted by small group work, this program will enable attendees to make use of information given by presenters as well as give them the opportunity to build relationships with others in the water resources community on campus.

The methods we use to engage participants are, at times, unorthodox. At the first session, attendees shared their research topics through a game of Pictionary with other members of Water Scholars. This activity challenged faculty to translate research field jargon into accessible shapes and pictures on paper. As the game progressed, laughter and shared conversation could be heard throughout the room as people stepped outside of their comfort zone and got to know different research projects and interests in water from across campus.

2019-2020 is a pilot year for the Water Scholars. We plan on going statewide in the Fall of 2020 to help bring water resource faculty and professionals at college and universities across Iowa together to build communities of research that encourage the development of innovative, interdisciplinary research teams. 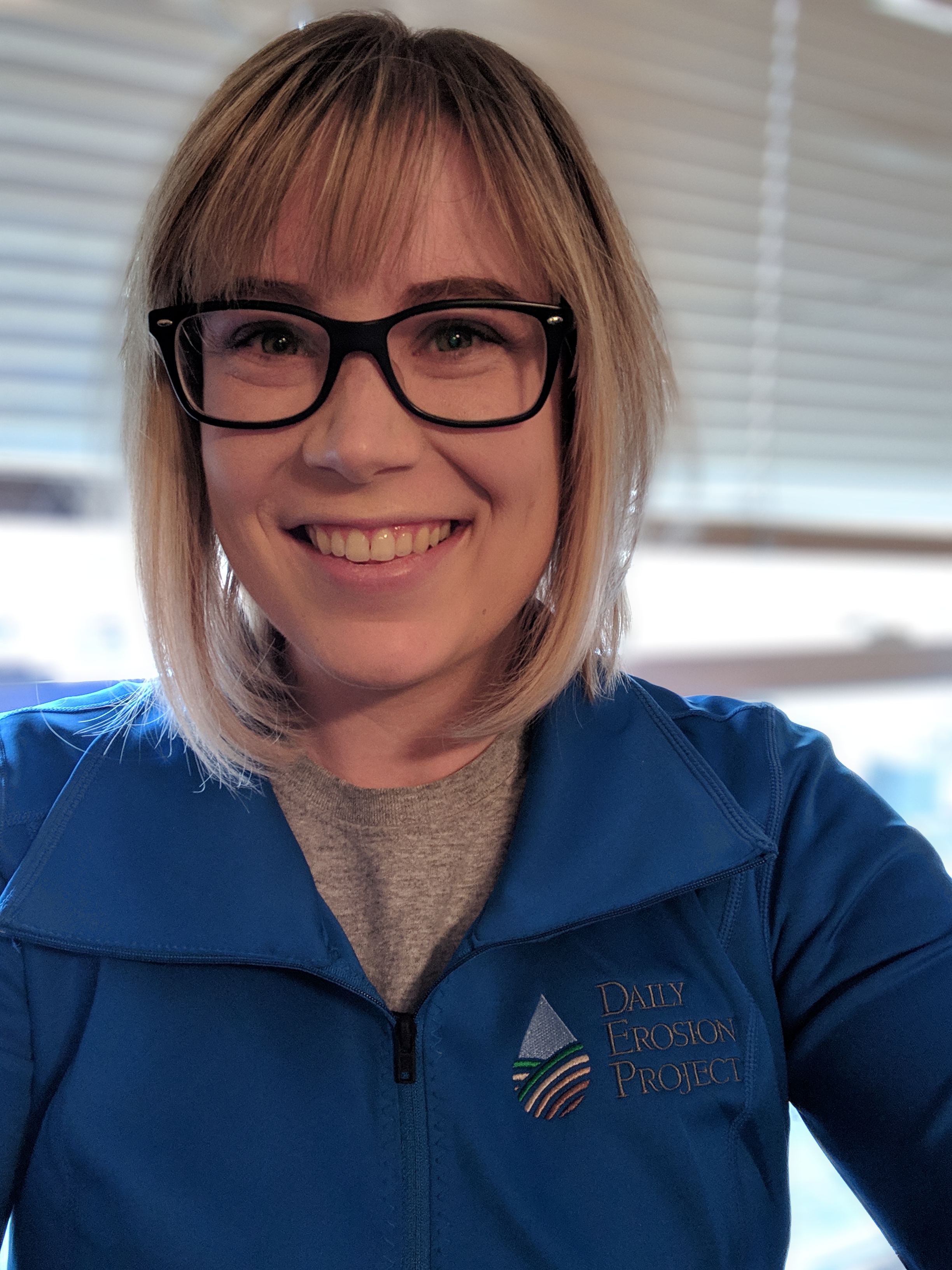